A downloadable game for Android

Story of the game is based on sci-fi novel "Frango Anomaly". The hero is a human clone who escaped from space pirates. The first location is asteroid FA-17, colonized a couple millennia ago. The mining of crystals is still ongoing, but... right now crystals are dropping in price. If it weren't for the convenient location for the transshipment base, the asteroid would have been abandoned long ago.

However, entire areas of the asteroid have already been abandoned. Life here moves at its own pace and by its own rules.

Style. Absolutely all the graphics in the game are made using the characters that could be typed on the keyboard. To be more precise, the characters from the ASCII table from the 32nd to the 126th character are used.

The texts in the game are localized in several languages and may contain characters, not from the authentic range. However, these characters are not involved in the design. Graphics are ASCII only.

Skills. One of the advantages of clones is that they can be trained in various skills almost instantly. This requires a neuroprogrammer. This is a device that can change the structure of brain neurons. Also, a person or other creature with the appropriate skill is needed. In the current version of the game, the following skills are available:

Built-in Games. The game world contains computer terminals with built-in games. Each game can bring the player an in-game currency.

Also LED font mode is available in options. In this mode, each pixel of each character is separated from neighboring ones.

Current State Of The Project. About two hours of gameplay are available in the location "Asteroid FA-17" now.

Looks gorgeous! Unfortunately I have no mobile to play it. Is there a chance for a Windows-version? Protoraider was awesome by the way!

Thanks for the interest! You can play in your browser here: http://asciident.com/

Thank you for your reply - alas I have to admit I'm quite old-fashioned in these things, a good old download is no option I guess?

edit: ah ok, now I understand, the game isn't released yet. I just wishlisted it. :) 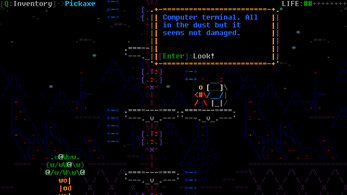 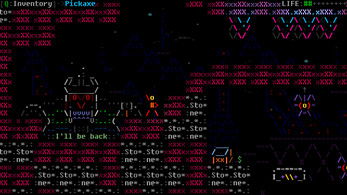 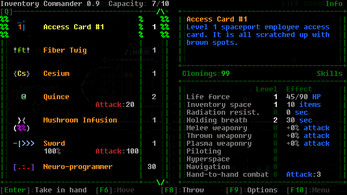 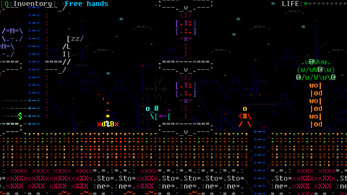 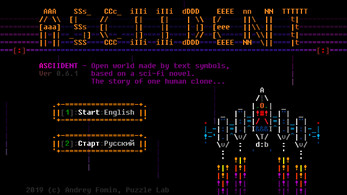